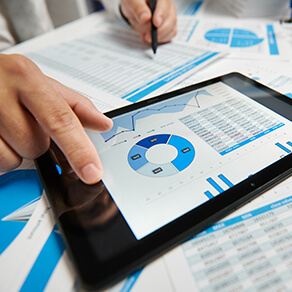 Estimating lost profits isn’t always cut and dried. It’s important to look behind the numbers for signs that they might have been manipulated or falsified.

Lost profits calculations are intended to make a business “whole” again — not to provide a windfall from the loss. Put another way, the calculations estimate what the business would have earned “but for” the defendant’s alleged wrongdoing or the catastrophic event that interrupted normal business operations.

Financial experts can help a business calculate not just lost sales, but also the avoided costs because of the lost sales. To determine avoided costs, the business’s expenditures generally must be split between:

Direct costs. Examples include raw materials and direct labor, which are directly related to the production of a specific product and almost always vary proportionately with the volume of production.

Indirect costs. These include items such as overhead and indirect labor, which may be fixed or variable. Fixed costs, such as rent, are the same regardless of the level of production (at least within a certain range). Variable costs, such as shipping expenses, depend on production levels.

Experts typically subtract from lost sales the incremental cost of producing those sales. The incremental cost generally includes direct costs plus indirect costs that vary with the volume of production, both of which are avoided when sales are lost. But because the business continues to incur fixed costs, despite the lost sales, subtracting those costs distorts its lost profits.

When the Numbers Don’t Add Up

Experts may turn to a company’s income statement or tax returns to help estimate lost sales and avoided costs. But how do you know that historical amounts are accurate? And do historical amounts reflect what’s expected to happen in the future? Experts can’t just accept management’s representations at face value. Instead, they must look at the numbers with professional skepticism.

Consider this hypothetical example: A fire shut down Company A for six months while it rebuilt its headquarters, causing the company to file a claim under its business interruption insurance policy for lost profits and other damages.

The insurance policy defined lost profits as “net profit before taxes, plus continuing normal operating expenses, including payroll.” Business interruption policies typically compensate the insured for certain payroll and other continuing expenses to relieve the business owner from the burden and expense associated with replacing key employees once operations are restored.

In this case, Company A submitted a claim for lost profits that included the continuing salaries of its six regional sales managers. The company also provided copies of payroll tax returns to substantiate the expense. After interviewing the sales managers, however, the forensic accountant who reviewed the claim became suspicious.

Further investigation revealed that the payroll tax returns had never been filed and the taxes hadn’t been paid. Inquiries with relevant government agencies also indicated that all six employees were collecting unemployment benefits. As a result of the expert’s forensic skepticism, payroll costs were eliminated from the company’s lost profits and damages claim.

Professional skepticism also requires experts to consider whether there’s opportunity, motive and pressure to commit fraud. For example, an owner of a struggling business that would be difficult to sell might see an excessive lost profits recovery as his or her way to cash out of the business.

The existence of these elements — known as the “fraud triangle” — doesn’t always indicate an inflated estimate of lost profits. But it’s important to be aware of the parties’ motives and consider their potential effect on the calculation.