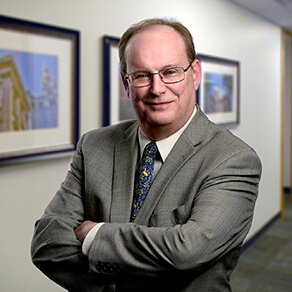 Can Your Company Have State “Economic Nexus” Without A Physical Presence?

When you hear the term “nexus” and its relation to doing business and being subject to a tax liability in a state or local jurisdiction, the traditional thought is that you must have a physical presence in that jurisdiction.  Not anymore…

While Federal Interstate Income Tax Law (P.L. 86-272) generally protects a company from a state imposing a net income tax on income without a physical presence or the mere solicitation of orders by a salesperson, many states are now moving towards a new concept of “Economic Nexus,” which can often subject a company to the imposition of many taxes, even without any physical presence!

What is “Economic Nexus?”

Generally, “nexus” is the idea that a company has enough taxable connection or presence in a jurisdiction to warrant the imposition of a tax.  “Economic Nexus” means having a connection that is beyond the physical presence requirement.  Instead, the “Economic Nexus” theory relies upon additional economic factors, most commonly volume of sales, in making a connection to the jurisdiction to warrant the imposition of tax.

One major reason that economic nexus is gaining traction in a number of states, besides the desire to raise revenue, is due to each state’s tax agencies’ attempts to keep up with the ever-changing ways in which manufacturing companies are doing business and reaching customers through various technologies, without ever stepping foot into those jurisdictions.  The traditional ways of soliciting sales and performing services in person are diminishing, and several states have been forced to adapt in order to generate tax revenue.

The economic nexus theory does not overturn the statutory protection of P.L. 86-272.  For general sellers of tangible personal property, P.L. 86-272 will generally still protect a taxpayer from creating nexus within a state or locality for purposes of income tax.

However, several states are getting around this issue by implementing other types of taxes, such as a gross receipts tax, franchise tax, business tax or minimum tax, which does not impose tax based on the company’s net income.  P.L. 86-272 only protects a taxpayer from the imposition of a net income-based tax and not from other types of taxes, such as sales and use tax, certain franchise taxes, minimum taxes and others.

Under California’s Revenue and Tax Code, a seller with no physical presence in the state, could very likely be liable for California’s minimum tax (in addition to sales and use and other types of taxes).  California’s economic nexus rules state that if the company’s sales to California (shipped from outside of California) exceed the lesserof $500,000 (indexed for inflation) of 25 percent of the taxpayer’s total sales, the taxpayer is deemed to have economic nexus.  That means they must register with the state and their Department of Taxation and begin filing various tax returns.