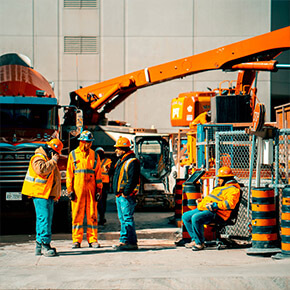 Chances are, your construction company hires subcontractors, rather than employees, to perform some of the work. These arrangements obviously save your company a lot of time, money and headaches. Take a look at some of the recordkeeping and financial differences:

When you compare the two types of workers, hiring subcontractors is better for your company. But make sure your independent contractors really qualify for this status under law. Your company can pay a heavy price if you treat an employee as an independent contractor without having a “reasonable basis” for doing so. The IRS, DOL, and other federal and state agencies routinely “reclassifies” contractors as employees and the costs can be devastating for business owners. You can be required to pay a bundle in unpaid payroll taxes, benefits, interest and penalties.

Caution: There have been several highly publicized lawsuits filed against companies by independent contractors who claimed they were really employees. Disgruntled workers contact the IRS or DOL to complain that they are misclassified. This can open the floodgates to major problems for your company.

So how can you protect your money-saving use of subcontractors? The issue is complicated so consult with your CPA or contact us with questions, but here’s a rule of thumb: Workers are considered contractors if you have little control over the way they get the job done. The more you direct a worker, the more likely the IRS would classify him or her as an employee.

Unfortunately, no single factor determines a worker’s legal status. The IRS looks at a number of issues, such as:

To protect your company, it’s crucial to have written contracts with outside workers that clarify details of the relationship. Once you draft contracts that treat workers as independent contractors, live up to them. Resist the urge to supervise subcontractors the way you oversee employees.

Make sure to maintain good records. Obviously, you need to keep the worker’s taxpayer ID number and other information required by the IRS, but also keep items that help prove the person is self-employed. For example, business cards, a letterhead, invoices and advertisements placed online or in newspapers.

Your use of independent contractors should always be examined on a case by case basis and if they are to be treated as a subcontractor, there should be a legal document that outlines their duties and responsibilities.  This document should be drafted or reviewed by an attorney who is familiar with construction law and signed by both parties.

The cost of misrepresenting employees as independent contractors can be staggering and can close a profitable company – Be sure that your company is not ruined by a misclassification.