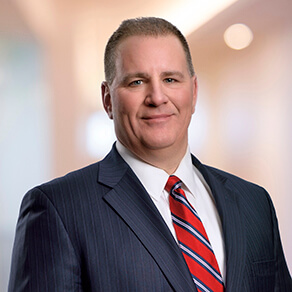 The manufacturing industry makes up the backbone of the U.S. economy and, as such, there are many tax incentives aimed at helping manufacturers grow and thrive. In this article, we will review three of the more common employment tax credits manufacturers frequently claim, which often lead to substantial tax savings.

One of the longest standing employment tax credits available to manufacturers is the Work Opportunity Tax Credit (WOTC). First introduced into law by the Small Business Job Protection Act of 1996, and most recently extended by The Consolidated Appropriations Act of 2021 through December 31, 2025, the WOTC is a non-refundable, Federal tax credit that rewards manufacturers that hire individuals meeting the criteria of one of following 10 targeted groups:

Generally, the WOTC is calculated to be 25 percent – 40 percent* of a qualified employee’s first-year wages up to $6,000 or $24,000 depending on the individual’s number of hours worked and their specific targeted group. For long-term family assistance recipients, the credit is equal to 40 percent of the first $10,000 in qualified first-year wages and 50 percent of the first $10,000 in second-year wages.

To claim the WOTC credit, manufacturers must obtain certification the individual is a member of a targeted group from their State Workforce Agency (SWA). To achieve this, manufacturers should have job applicants complete Form 8850 (Pre-Screening Notice and Certification Request for the Work Opportunity Tax Credit) and Form 9061 (Employment & Training Administration Individual Characteristics Form) on or before an offer of employment is made. The employer has 28 calendar days from the employee’s start date to submit the forms to the designated local agency. The SWA will review the forms and notify the employer whether the employee has been certified as a member of a targeted group. The WOTC is claimed on Federal Form 5884.

In addition to the reduction of tax, another benefit of the WOTC program is that it does not limit the number of individuals that can be hired from these targeted groups during the year. Thus, manufacturers who hire a substantial number of employees each year, may be able to generate a sizeable WOTC if those employees meet the criteria of one of the targeted groups.

Since the WOTC is a non-refundable credit, manufacturers taxed as C Corporations can only use the WOTC to reduce their tax liability to zero. If any credit generated is not utilized in the current year, the credit may be carried back one year or carried forward for 20 years. For manufacturers taxed as S Corporations, the credit will flow through to the shareholders to be utilized on their individual income tax returns.

The Empowerment Zone program was first introduced by the Omnibus Budget Reconciliation Act of 1993 (OBRA 1993) and has since been extended by The Consolidated Appropriations Act of 2021 through December 31, 2025. Empowerment zones are certain urban and rural areas identified by the U.S. Department of Housing and Urban Development (HUD) where employers can receive special tax incentives for rendering businesses within such zones.

Manufacturers that both operate and hire employees within an empowerment zone are eligible to claim a credit equal to 20% of the first $15,000 of wages paid to the qualified zone employees. The Empowerment Zone Employment credit is claimed on Federal Form 8844.

Before claiming the Empowerment Zone Employment Credit, manufacturers must first determine whether an employee and their wages are qualified. For an employee to be classified as a qualified empowerment zone employee, the employee must have been employed for at least 90 days during the tax year, the employee cannot be related to the individual who owns, directly or indirectly, more than 50 percent in value of the outstanding stock or capital of the business and the employee cannot be a greater than 5 percent owner. Additionally, for the employee’s wages to qualify as qualified empowerment zone wages, the wages must be paid or incurred during the calendar year that ended with or within your tax year. Thus, if you are a fiscal year filer for tax purposes, you must figure wages based on the calendar year that began on January 1 and ended on December 31 rather than on your fiscal year.

To determine if your business or any of your employees are located within an empowerment zone, you can visit the following website:   https://www.arcgis.com/apps/mapviewer/index.html?layers=1101a6c1e2364302b70485ca99fc7e69

Employment Incentive Credit as Part of the Investment Tax Credit

To be eligible for the EIC in a given tax year, the manufacturer must first be allowed an ITC for the immediately prior tax year. Once eligible, manufacturers may be able to take advantage of the credit for the two succeeding tax years.

The EIC is calculated is as follows:

* The credit is equal to 25% of employee wages for employees that work at least 120 hours during the year and 40% if the employee works over 400 hours.

** The employment base year is the tax year prior to which the ITC was allowed.

Contributing author: John F. Martin, CPA/PFS, CFP®, is a tax partner at Dannible & McKee, LLP.  John has over over 33 combined years of experience providing tax compliance and consulting services to a variety of clients including multi-national corporations, closely-held companies and individuals.  This article was co-authored by Sean Conners, CPA, tax senior. For more information on this topic, you may contact John at jmartin@dmcpas.com or (315) 472-9127.