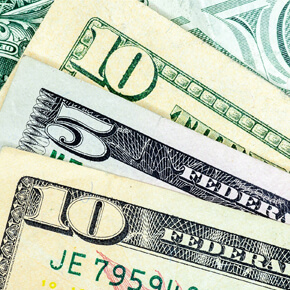 Loaning Money Between a Business and Its Shareholders

It’s common for owners of privately held manufacturing and distribution firms to loan money to and borrow money from their companies. The IRS looks closely at such transactions to determine whether they are truly loans, or actually compensation, dividends or contributions to equity. An inaccurate classification of payments to shareholders can have adverse tax consequences.

Loans from shareholders to the business are common with a start-up or a business that’s in a high-growth phase of development — after all, manufacturing firms are asset-intensive and often require large amounts of capital at these stages. Rather than apply for a line of credit or loan from a conventional lender, it’s sometimes easier just to front any shortfalls from the owner’s personal funds. These are generally reported as a liability on the company’s balance sheet (similar to a term loan).

Conversely, businesses that have evolved into the “cash cow” phase may have extra cash on hand to loan money to shareholders. For example, the proceeds may be used to fund the owner’s personal expenditures, such as providing a down payment on a vacation home, paying tuition bills for the owner’s family members or funding a start-up venture for a retiring owner. These are generally reported as an asset on the company’s balance sheet (similar to a receivable).

The IRS may be critical of shareholder loans and argue that payments made to shareholders should be reclassified as salary (which incurs payroll taxes) or as an equity transaction. For example, the IRS might say the payments from a C corporation are actually dividends, which are taxable to the owner personally as ordinary income.

Distributions from pass-through entities (such as partnerships and S corporations) generally aren’t taxable to the extent that the owner has a positive tax basis in his or her ownership interest. (An owner’s tax basis is essentially a function of capital contributions, pro rata earnings and distributions.)

When the IRS doesn’t see eye-to-eye with a taxpayer, the U.S. Tax Court may be called on to determine whether payments made to shareholders qualify as bona fide loans. Here are six factors that the court usually considers:

Perhaps most persuasive is whether you’ve executed a formal, written note that specifies all of the repayment terms. Arm’s length loan contracts typically provide the interest rate, a maturity date, any collateral pledged to secure the loan and a repayment schedule.

If your business loans more than $10,000 to a shareholder, you must charge what the IRS considers an “adequate” rate of interest. If not, payments to shareholders may be subject to a complicated set of below-market interest rules. Each month the IRS publishes its applicable federal rates (AFRs), which vary depending on the term of the loan.

If you fail to charge interest or charge a rate that’s lower than the AFR, the IRS requires you to impute interest. These calculations can be complicated. The amount of incremental imputed interest (beyond what the company already charges the shareholder) depends on when the loan was set up and other loan terms.

Borrow (and lend) with Care

Consult with a tax advisor to ensure that you’re treating payments to and from shareholders properly. Loans may be inadvertently reclassified, leading to costly tax consequences, if you fail to follow the tax rules.