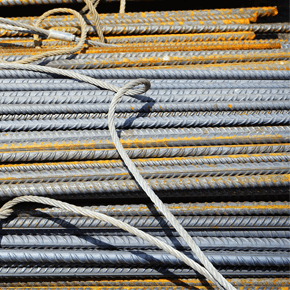 One Year Later: A Look at the Impact of Steel Tariffs on U.S. Manufacturing

In March 2018, President Donald Trump signed an order imposing a 25% tariff on imported steel from most foreign countries as part of his economic policy to protect national security and help re-invigorate the U.S. steel industry that has seen waning demand due to low-cost competitors from foreign markets such as China.  Just over one year later, the U.S. manufacturing industry has seen both positive and negative impacts of these tariffs, some intended, and some not.

Big U.S. steel manufacturers, such as Nucor Corp., Steel Dynamics Inc. and United States Steel Corp., have benefited from the tariffs.  Imports of steel from foreign competitors decreased approximately 11% in 2018 from 34.5 million metric tons to 30.8 million metric tons, largely due to low-cost imports losing their price advantage once the tariffs were tacked on, leading to an increase in market share for domestic suppliers. For most U.S. steel producers, gross profit margins, net income and operating cash flow increased through 2018 and early 2019, as pricing stability and growing volume has allowed for better coverage of the high cost of running facilities. Positive financial results over the past year have caused some steelmakers to invest in large capital projects, which could have a ripple effect on the economy.  Nucor is planning the construction of a new $1.3 billion state of the art facility in Brandenburg, KY, expected to create as many as 2,000 construction jobs. Steel Dynamics is also planning the construction of a new flat-rolled steel mill to begin in 2020 in the southwestern U.S.

While the direct impact of steel tariffs on U.S. steel manufacturers has been positive, the indirect impact on other U.S. manufacturing sectors, such as metal fabrication and makers of large machinery and equipment, such as Caterpillar, cannot be ignored.  U.S. manufacturing PMI, an indicator of economic health for the sector, has dropped steadily since August 2018, and in February 2019 sat at its lowest level since Donald Trump won the election. Manufacturing firms that rely heavily on steel have seen raw material prices rise as a result of the tariffs, which may not be able to be passed on directly to customers.  Caterpillar has said it may have lost more than $100 million in 2018 as a result of the tariffs.  Further, in retaliation for President Trump’s tariffs, foreign governments have begun imposing tariffs on certain U.S. exports from other manufacturing sectors to those countries.  China has imposed a 25% tariff on U.S. made vehicles and motorcycles, which has negatively impacted earnings for manufacturers such as Harley-Davidson. Canada, China, Mexico and the European Union slapped import duties ranging from 10% to 25% on U.S whiskey and bourbon last year, resulting in an 11% drop in U.S. whiskey exports in the second half of 2018.

Not all groups are giving up without a fight. The American Institute for International Steel, a trade association, has sued the administration, arguing that the president exceeded his authority when he claimed last year that the tariff was justified under Section 232 of the Trade Expansion Act, which involves protecting national security. However, in late March 2019, The Court of International Trade, the body that hears constitutional challenges to federal trade policy, rejected this effort to overturn President Trump’s tariffs on steel imports, so it seems that steel tariffs are here to stay for the time being.

For any questions or assistance with analysis of how these tariffs may be impacting your business, please contact Benjamin Sumner, CPA.