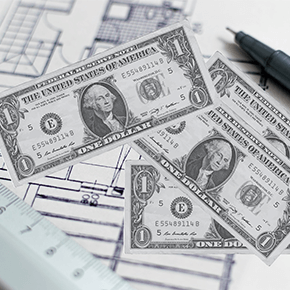 Recognizing and Accounting for Indirect Costs

Indirect costs are necessary costs. In today’s construction industry, every project must be held accountable for its own expenses — in as much detail as possible.

Thus, contractors need to systematically identify and allocate indirect costs to ensure that they and their project managers see the true cost of each project. After all, it’s always better to know the true costs of a job so you can make sure there’s enough income to cover them.

If inadvertently included in overhead, indirect costs may go unnoticed and gradually increase overhead to unmanageable levels. Recognizing and properly accounting for them, on the other hand, can turn indirect costs from an enemy into an ally.

What are indirect job costs? It helps to first define project costs in general. The Financial Accounting Standards Board recommends that construction companies treat job costs just like manufacturers treat inventory costs, calling them “the sum of the applicable expenditures and charges directly or indirectly incurred in bringing [a job] to its existing condition and location.”

Which costs are indirectly incurred? Generally, there are two identifying criteria:

It’s important to not include overhead costs, such as office rent, when identifying indirect costs. To prevent this, look for the following:

Costs that apply to more than one job. These typically consist of benefits for field workers, workers’ compensation insurance (as mentioned), jobsite liability insurance and builders’ risk insurance. Fleet-related costs can often be found here, too, such as gasoline costs, vehicle maintenance and repair expenses, and equipment depreciation. Also look at rental costs for items attributable to more than one project, as well as repairs and maintenance for an on-site warehouse, trailer or storage yard.

For example, suppose liability insurance for a construction company’s jobs costs $100,000 annually. So, that amount divided by 365 is $274 a day, or $8,333 a month. To follow the allocation process through to completion, you would tabulate the labor hours of each project on a monthly schedule. Then, perhaps with your accountant’s help, you could divvy up that $8,333 each month to put those dollars onto that month’s active jobs pro rata. Now that $100,000 is no longer overhead — those dollars are indirect job costs.

Once indirect costs are allocated and included in the reports given to project managers tracking the progress of cash outflows to their jobs, you and your construction company’s management team can discuss how to avert upcoming cash flow problems while you’ve still got time to make corrections.

Here are a couple of fictitious examples of how effective cost-containment tactics arose from such boardroom discussions:

The terrifying tale of ghost vehicles. Vehicle insurance expense allocations looked high to one project manager, which he noted on his job report. Once the labor hours were verified, the company’s accountant looked at the main vehicle listing report from the insurer and found that the business was still paying insurance on two vehicles that had been sold the previous year. Needless to say, the policies on the two “ghost” vehicles were canceled, resulting in a substantial retroactive premium refund.

The case of the unused software. Another project manager noted an unusually high allocation for vehicle costs on one of his jobs. A closer look revealed a sizable outlay for a vehicle tracking and monitoring system that the company was paying for but had never installed or implemented. The office manager contacted the software vendor and canceled the contract, lowering the company’s indirect costs considerably.

Many construction companies struggle with indirect costs. As a result, their owners come to dread these costs and their hidden effect on overhead. But, once you establish effective methods for identifying and allocating indirect costs, you’ll find them a friendly lot that can help you operate in a more financially efficient manner.

Sidebar: Don’t Let Overhead Get you Down

Indirect costs and overhead are often confused. Overhead is, simply put, costs related to running your construction company but that you can’t attribute directly or indirectly to a project. For contractors, overhead often gets out of hand because they probably don’t monitor it as closely as job costs.

One relatively easy way to rectify this mistake is to chart total monthly overhead. To do so, get out your financial statements and take the total expenses from your income statement and subtract total job cost expenses — both those that are already applied and those that are allocated. Try to identify any inconsistencies, because overhead often stays the same over long periods until and unless you open a new office or expand your current one! Your CPA can suggest other ways to keep overhead from getting you down.