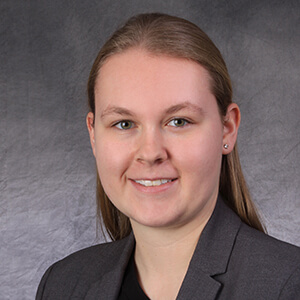 Research and Development Credits Within the Construction Industry

When taxpayers think of research and development (or R&D), most picture scientists in long white coats mixing liquids in a laboratory. However, the meaning of research and development in the tax world goes far beyond that. While the construction industry may not be the first that comes to mind when thinking about R&D, it certainly contains its fair share of qualified projects. For construction companies that take advantage of these R&D projects, changes are on the way starting in 2022.

Originally introduced as a temporary credit in the Economic Recovery Tax Act of 1981 (ERTA), the R&D credit was made permanent in 2015 with the passing of the Protecting Americans from Tax Hikes (PATH) Act. For construction companies that qualify for the R&D credit, thousands of dollars in credits can be claimed on the associated income tax returns, depending on the level of qualified expenses. While the R&D credit has been around for several years, effective for tax years beginning after December 31, 2021, as part of the Tax Cuts and Jobs Act (TCJA) of 2017, the treatment of qualifying research expenses used in the credit are undergoing a major change.

Generally, for projects to qualify for the R&D credit, they must be technological in nature, and their application must be intended for use in developing a new or improved business component or process for the taxpayer. Additionally, substantially all the activities of the research must be elements of a process of experimentation relating to a new or improved function, performance, reliability or quality. Within the construction industry, these research projects could include developing new processes that would reduce the time spent on site, creating new materials for use in projects with unique conditions, designing or improving tools and equipment that would lead to improved job efficiency and many more. For example, say a contractor is working on a road in an area that endures heavy snowfall. If they were to develop a new mix of materials (asphalt, concretes, etc.) that would experience less wear and tear from the snow, that would be considered R&D.

As previously mentioned, the way that these R&D expenses are to be treated by the taxpayer is altered for tax years beginning after December 31, 2021. The TJCA amended Internal Revenue Code (IRC) § 174, which outlines the treatment of research and experimental expenditures. Previously, taxpayers were allowed to immediately deduct their qualifying research expenses in the year they were paid or incurred. Based on the amendments to IRC § 174 included in the TCJA, taxpayers must now capitalize these expenses and amortize them over five years.

For example, assume a taxpayer has $200,000 of qualified research expenses for the 2022 tax year. Prior to the TCJA amendments, the taxpayer could expense all $200,000 of these expenses in the year they were incurred. Under the new rules, the taxpayer must capitalize these expenses and would be entitled to an amortization expense of $20,000; $200,000 divided by 5 years and applying a midpoint to amortization to cut the first full year expense in half, as specifically stated in the code section.

Although these changes may appear to make the credit less lucrative, this should not deter taxpayers from pursuing the credit as it’s still very beneficial to those that qualify. The Internal Revenue Service has been known to look further into these credits when claimed by taxpayers, so it is important to contact your tax professional early to ensure that proper substantiation is being maintained throughout the process of each qualifying project.

Contributing author: Abby K. Sweers, CPA, is a tax manager with the firm. Abby is responsible for the preparation and review of various individual and corporate tax engagements, including tax planning and compliance. Sweers specializes in the construction and manufacturing industries, along with multi-state entities and high-net-worth individuals.