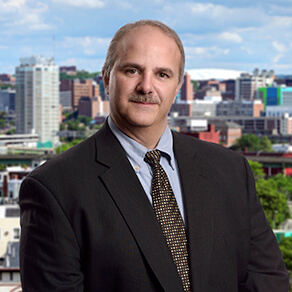 One of the significant changes required by the new accounting guidance under ASU 2014‑09, Revenue from Contracts with Customers (Topic 606) relates to accounting for uninstalled materials. Under current accounting practice, the cost of materials specifically produced, fabricated, or constructed for a project, including those that are not yet installed, are to be included in the inputs used to measure the percentage of completion on the project. This will ultimately drive the revenue recognized to date on the contract.  If not specifically produced, fabricated, or constructed for a project (could be installed on another project), the cost of the materials would be capitalized on the balance sheet and reported as inventory until installed.  Under ASU 2014‑09, the cost of uninstalled materials that are not specific to a contract would be accounted for in a similar manner (accounted for as inventory); however, in most cases the amount of the uninstalled materials will also need to be removed from both the transaction price and estimated project costs before applying the cost‑to‑cost input method for recognizing revenue to date on the contract.

Another category of costs that will need to be addressed under the new standard are customer‑furnished goods, such as materials or equipment.  Under current accounting practice, the value of goods supplied by the customer is added to contract revenues and costs only if the contractor bears the risk of nature, type, characteristics, specification, or ultimate performance of such goods within the overall project incremental costs.  Under ASU 2014‑09, the fair value of goods furnished by customers shall be considered noncash consideration, estimated and included in the transaction price and estimated costs, with no gross profit recognized.  If the contractor controls customer‑contributed equipment or services, the fair value of such noncash consideration should also be estimated and included in the transaction price.

As you can see, the new standard requires the contractor to account for certain costs differently than current practices, which could significantly affect the amount of revenue to be recognized during progress towards satisfaction of the performance obligation.  With lack of software modifications, contractors will have to find alternative strategies to properly account for and present these costs. We recommend you consider reviewing current contract and job costing practices and identify if any of these matters requiring new accounting methods will apply to your business.