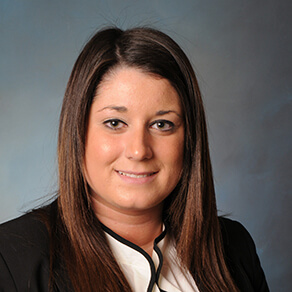 The Inflation Reduction Act of 2022 (the “Act”), signed into law in August, has a direct impact on the construction industry. The Act includes new and expanded “green” building tax benefits for those constructing and improving real property, incentivizing the construction and renovation of energy-efficient buildings.

Though the Section 179D tax deduction was originally put in place as part of the Energy Policy Act of 2005, there are significant increases to the deduction after January 1, 2023. Qualifying business owners and businesses not only receive an immediate first-year tax deduction for a new or remodeled commercial building, but the new legislation raises the deduction value from the current maximum of $1.88 per square foot up to a maximum of $5.00 per square foot, subject to an annual inflation adjustment.

Before January 1, 2023, taxpayers are allowed to expense improvements that enhance a building’s energy efficiency by 50%. After January 1, 2023, taxpayers are allowed deductions for buildings that improve energy efficiency by 25%. Additionally, the energy and power costs are now compared to ASHRAE Reference Standard 90.1, Performance Based Compliance Form, which was in effect for four years prior to the in-service date of the building, as opposed to the previous legislation which was in effect for two years before construction on the property began.

Under the new legislation, the Act has removed the existing rules for partial certifications. Prior law allowed a $0.60 per square foot deduction for improving energy efficiency in either HVAC, lighting or the building envelope. In addition, the provision for a phased-in deduction for the reduction in lighting power density of 25%, or 50% of a warehouse, has also been eliminated. The Act also removes the previous lifetime limit and instates a three-year cap (four in certain situations). Beginning in 2023, taxpayers can now take additional Section 179D deductions for subsequent energy improvements assuming at least one of the systems contributing to energy efficiency has been properly renovated and improved.

One of the biggest impacts of the Act is for tax-exempt building owners, such as nonprofits including charitable organizations, religious institutions, private schools and colleges, private hospitals, museums, tribal governments, and any other IRC 501(c) organization who will be able to allocate deductions to the architect, engineers, and contractors responsible for designing the specific building energy-efficient systems. Under previous legislation, only government-owned buildings could allocate the deduction to designers. The Act also established a new retrofit program as an election for a new alternative deduction for energy-efficient building retrofits, which is taken in the qualifying final certification year. The alternative deduction requires a qualified retrofit plan focused on energy use intensity instead of annual energy and power costs. This deduction cannot exceed the aggregate adjusted basis of the retrofit property placed in service.

Whether you have previously taken advantage of the Section 179D energy-efficient tax incentives or are just learning about their substantial benefits, it is important to understand how to fully maximize these benefits. Please contact our office so that we can help you fully realize these tax deductions and incentives.

Contributing Author: Alexis M. Layo is a tax supervisor at Dannible & McKee, LLP with over ten years of experience in overseeing various individual and corporate tax engagements, including tax closings, tax planning and compliance. She specializes in the architectural/engineering and healthcare industries, along with high-net-worth individuals, and she is also a QuickBooks ProAdvisor. For more information on this topic, you may contact Alexis at alayo@dmcpas.com or (315) 472-9127.