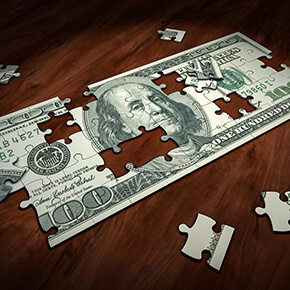 Understanding the difference between revenue and income is essential to understanding revenue recognition:

The revenue recognition principle is more complicated. It sets a standard that requires revenue to be recorded when it is earned rather than when it is received. Requiring all company financial statements to use the same formula for reporting revenue is intended to provide a certain level of comparability between companies.

In practice, the principle requires that a revenue-generating activity must be completed or effectively completed in the same accounting period that payment is received or is expected to be received. Accounting Standards Codification (ASC) 606, which was enacted in 2014, fundamentally changed how it is applied. ASC 606 became effective for public companies in 2018 and for privately held companies in 2019. Previously, the reporting standard varied according to industry. Now, under ASC 606, the standard is industry neutral, making it more transparent.

ASC 606 applies to all contracts with customers, except for leases, insurance contracts, financial instruments, guarantees and certain nonmonetary exchanges between entities in the same line of business.  There are two approaches that each company needs to consider:

Five Steps to Determining When Revenue Is Recognized

Use the following five steps to determine when revenue is recognized:

This may sound simple, but following ASC 606 may require adjustments to a company’s policies, processes, and systems. Segmenting each performance obligation and its associated costs can be quite difficult and time-consuming.

Entities should carefully consider each method of adoption and the impact it could have on its financial position while taking into consideration the concerns of sureties, bankers, and other users of the ﬁnancial statements.

If you have any questions or would like more information on Topic 606, Revenue from Contracts with Customers please contact Sean T. Daughton, CPA, CFE at (315)472-9127 or email sdaughton@dmcpas.com.