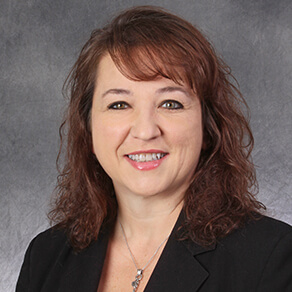 Tone at the Top… There Is a Never a Good Time to Do the Wrong Thing!

The connection between fraud and “tone at the top” has continued to build momentum in the last decade. The concept, itself, has a direct correlation to fraud implicit in its definition. “Tone at the top” refers to the ethical atmosphere or organizational culture that is created in the workplace by the organization’s leadership. It reflects the organization’s shared set of values and provides a network of cues that govern tolerance, the attitude toward ethical breaches and compliance. Simply stated, whatever tone management sets will have a trickle-down effect on employees of the company.

The concept of “tone at the top” as a leadership characteristic gained mainstream attention during the Sarbanes-Oxley era. This was a time in which the reliability of financial statements and the integrity of corporate leadership were seriously undermined by incidents of massive accounting and other fraud by many corporate executives. As a result, legislative, enforcement and governance policies were focused on corporate responsibilities, including the behavior of corporate executives and directors. The need for corporate leadership to demonstrate a commitment to honesty, integrity, ethics and compliance with the law became a principal theme in these policies resulting in “tone at the top” becoming integral to internal control.

As the name implies, the “tone at the top” starts at the top with executive management and the board of directors and trickles down to middle-management and, eventually, the employees below them, becoming pervasive throughout the company. A company with poor tone results in a company that is more likely to display unethical behavior, engage in fraudulent activity and not support internal controls. Employees seeing that management is not abiding by policies or internal controls will likely exhibit the same behavior. For example, if management manipulates company records, such as over-recording assets, hiding uncollectible debt or aggressively recording sales to achieve certain financial goals, then it may be likely that employees will follow in their footsteps. They may bypass reconciliations or internal control policies, reflecting management’s attitude that the real numbers don’t matter, or they may also begin to manipulate the financial data similar to management. Management has set the tone that doing whatever it takes to achieve goals is more important than integrity or ethical behavior. The ends justify the means. This justification is a pillar of fraud and often leads to greater and more bold fraudulent activity. Even small violations can have big consequences. It’s been long observed that organizations where the leaders cut corners, take small liberties, hold themselves above following policies and engage in many other transgressions, have more problems with employees who also break the rules. These wrongdoings can run the gamut from breaking policies to creating a toxic working environment, to outright fraud. Conversely, proper support and examples of desired behavior from the top provides a robust foundation for controls.

However, “tone at the top” is more than simply a “monkey see, monkey do” concept. It is about creating an environment, from the boardroom to the mailroom, where people feel respected, empowered, committed, responsible, comfortable and trusting. Employees build a sense of integrated loyalty, combining both personal loyalty (acceptance and compliance with superiors) and institutional loyalty (acceptance and compliance with the mission of the organization), honoring the ideas of accountability, fairness, honesty and goodwill. In a negative working environment, with low morale and nonexistent loyalty to the company, employees will be prone to committing fraud since they feel no obligation to protect it. In a positive environment, they will be more reluctant to behave in a way that will hurt the company.

“Tone at the top” is a catchy phrase often used when explaining some vague notions about management’s attitude. This greatly overused phrase occurs as an “umbrella” term when discussing anything associated with corporate culture, organizational ethics and even risk management resulting in misuse and loss of meaning. Many in management have come to believe that just their word (or tone) at a point in time, such as through a speech or memo, was enough to achieve the desired results. In reality, it is an important concept and a key element of an organization’s system of controls. It is the result of continued and consistent behaviors and actions by management and can be critical in determining the success of an organization.

The pandemic has created additional economic challenges deepening the need for corporate leadership to demonstrate by example, inspire confidence and trust and offset the understandable pandemic-driven fears and concerns of both employees and stakeholders. Now more than ever is the time to move “tone at the top” from a catchy phase and box to be checked to the definition of ethical leadership it was always meant to be.

Contributing author: Lori Beirman is a Supervisor at Dannible & McKee, LLP, who has over 20 years of experience in audit, reviews and compilations in a variety of industries such as construction, manufacturing and professional service firms. She specializes in data analytics and fraud.