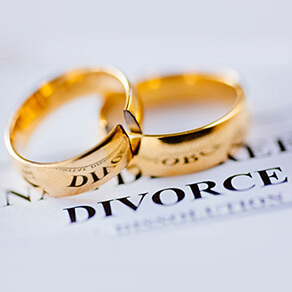 Valuing a Business for Divorce

When divorcing spouses own a private business interest, it complicates the settlement process. The value of a business isn’t necessarily as straightforward as the values of other marital assets. And it’s often impractical to sell the business and split the proceeds, because there may be other owners who aren’t interested in selling and it takes time to sell a business.

Plus, the business’s value might be partially excluded from the marital estate, depending on state law, legal precedent and prenuptial agreements between the spouses. Fortunately, a business valuation professional can help you sort through the issues.

The value of a business can be broken down into two pieces. First up are tangible (or hard) assets, which include such items as cash, receivables and equipment. Most of these items are recorded on a company’s balance sheet. The difference between the combined market values of tangible assets and liabilities (such as payables and bank debt) is called net tangible value.

How goodwill is handled in a divorce depends on case facts, state law and relevant legal precedent. Some judges may look to other jurisdictions for guidance. State laws and legal precedent vary, but courts generally have three choices when divvying up goodwill:

2. Include all business value in the marital estate. The business valuation expert makes no distinction between tangible and intangible assets or between personal (or professional) and enterprise (or business) goodwill.

Although goodwill is generally associated with professional practices, some states have ruled that other types of businesses — including retailers, manufacturers and construction contractors — also may possess goodwill.

In more than half the states, goodwill is broken into enterprise and personal goodwill. The former is linked to the business itself. Companies with established brand names, accessible locations and an assembled workforce likely possess enterprise goodwill.

To reach an equitable settlement in a divorce that involves a closely held business, both spouses must have a clear understanding of the relevant legal precedent and the theory underlying goodwill allocations. Contact us to discuss the appropriate treatment of goodwill in your situation.