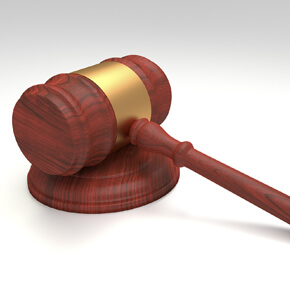 On June 21, 2018, the Supreme Court of the United States issued a landmark opinion related to sales and use tax in the case of South Dakota v. Wayfair. This decision overturned the physical presence standard that had been in place for over 50 years; first established under National Bellas Hess Inc. v. Department of Revenue of Illinois (1967) and upheld more recently by Quill Corp. v. North Dakota (1992).

Since 1967, and until the Wayfair decision, a state could only enforce a requirement for a taxpayer (“seller”) to collect and remit sales tax if they had a physical presence within the state (often referred to as “substantial nexus”).  If the seller had no physical presence in that state, the seller was generally not required to collect any sales tax and the burden was on the buyer to report and pay the sales or use tax.

In Wayfair, the U.S. Supreme Court decided “that the physical presence rule of Quill is unsound and incorrect.” As a result, the Court also held that its 1992 decision in Quill and its 1967 decision in National Bellas Hess, were overruled. Although Wayfair dealt with a South Dakota statute that imposed a sales/use tax collection obligation on a remote seller that had $100,000 or more of sales to South Dakota residents or engaged in 200 or more separate transactions with South Dakota residents, the Court’s decision to repudiate the physical presence rule and overturn Wayfair and National Bellas Hess is not limited to state sales and use taxes.

Nexus describes the amount and degree of a taxpayer’s connection with a state before the taxpayer becomes subject to the state’s taxing jurisdiction.  Generally, for a state to have taxing jurisdiction over a taxpayer, it needs to establish substantial nexus.  For sales tax purposes, this required a physical presence in the past.  But, as a result of Wayfair, a taxing state may establish an economic nexus even if there is no physical presence.

Income Tax and Economic Presence Nexus Prior to Wayfair:

Today, approximately 14 states have their own case law confirming that an economic presence is enough to establish substantial nexus under the Commerce Clause for purposes of corporate income taxes. While the U.S. Supreme Court has never agreed to hear any of these cases, the Court’s ruling in Wayfair validates the position of these states and makes it more enticing for other states to take a similar stand.

Wayfair and the Influence of Market-Based Sourcing Trends:

After Wayfair and the constitutional validation of economic presence nexus for income tax purposes, a corporate taxpayer’s state income tax nexus considerations must now also consider sales factor sourcing. For a taxpayer that does not maintain a physical presence in the state (e.g., employees, agents, offices, etc.), the sourcing of the taxpayer’s sales for purposes of the state’s sales factor will now largely determine if that taxpayer has nexus.

For sellers of tangible personal property, Public Law 86-272 remains the principal limitation on the exercise of state net income tax jurisdiction, including for those states that have enacted factor-presence nexus statutes or that otherwise assert economic presence nexus for corporate income tax purposes. Therefore, as long as such seller’s activities in a state are limited to solicitation of orders for sales of tangible personal property, that are approved or accepted outside of that state, and that are filled by shipment or delivery from a point outside the state, the seller cannot be subject to a state’s net income tax. As a result, after Wayfair, Public Law 86-272 will take on increased importance for sellers of tangible personal property. Conversely, states should be expected to narrowly interpret the protections of Public Law 86-272 and intensely scrutinize taxpayer claims of protection from net income taxes under the Federal law.

How We Can Help:

Dannible & McKee, LLP can assist you in determining how the Wayfair decision will impact your business and provide you with a detailed state by state analysis for each state in which you are transacting business and what steps to take if you are not currently compliant as a result of the Wayfair decision.  Again, failure to comply with the recent individual state changes can result in exposure for back sales taxes, penalties and interest.

If you would like to discuss the impact of the Wayfair decision on your business, please contact Alex J. Nitka, CPA or the current Tax Partner on your account at Dannible & McKee, LLP.